Perfect Contracting recently just completed demolition works for our client CJ Duncan at Manildra Flour Mill. The project was to dismantle and demolish a large section of the Manildra Flour Mill, which had been damaged by an explosion.

The scope of works for this project involved:

• All loose debris were removed from the structure

• The roof over the 300 and 400 bins should be removed completely. Some of the rafters were completely sheared at the connection to the column, so care was taken to ensure that and all members were secured and could fall from the structure during removal

• The majority of the wall structure surrounding the 400 bins was removed. Members that have not been significantly damaged were taken to the specified laydown area

• The column adjacent to Bin 402 on the northern side of the bins was in quite a precarious position. Extreme care was taken when removing any wall sheeting or wall girts in the area.

• The walkway between the Spec Plant bins and the Blending Tower were removed and stored in order to demolish the walls surrounding the 400 bins. The walkway was suitable for re-use and was being taken to the specified laydown area.

• Once the demolition of the wall and roof structure surrounding the bin was completed then the bins themselves were removed. The 300 bins are bolted together, however, given the deformation that has taken place it is unlikely that these will be able to be unbolted removed in panels. These were cut and removed in sections.

Our team members firstly met with our clients and all other sub-contractors involved in the project. We established the site and installed out tools container onto the site where we could securely store our tools and equipment through the duration of the project.

Tim Ifopo one of most experienced Demolition Supervisors was overseeing the safe dismantling and demolition of a large section of this flour mill. For this project, we requested the use of a 50T and 100T Mobile Cranes to allow our team members a safe working platform to begin dismantling the large silos.

Parts of the mill were deemed salvageable and therefore our team members took extreme care to ensure these were not damaged further and could be used again. The suspended walkway between the Bins and Blending Tower were also deemed suitable for reuse. Our team members carefully dismantled the walkway and craned it down to a specified laydown area.

Once all sections of the mill were carefully removed and placed in the designated area our team members began cutting the materials into smaller sections so they would be easily transported. All materials that were not salvageable were disposed of with a local Metal Recycling Facility. 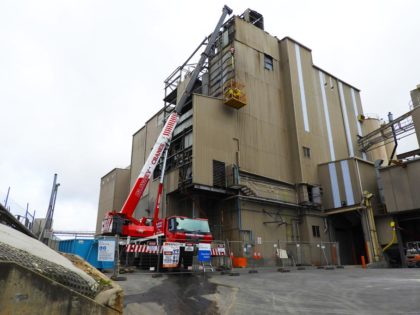 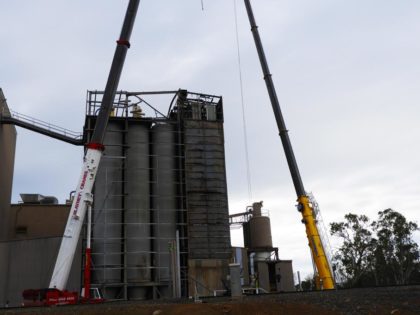 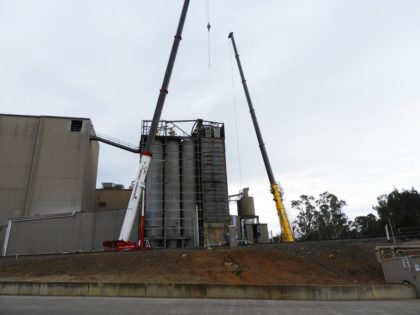 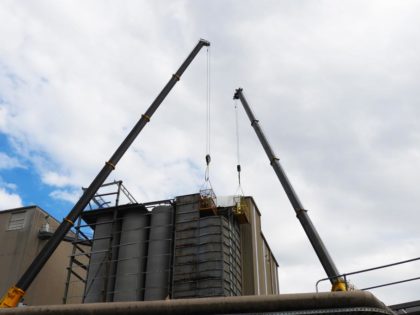 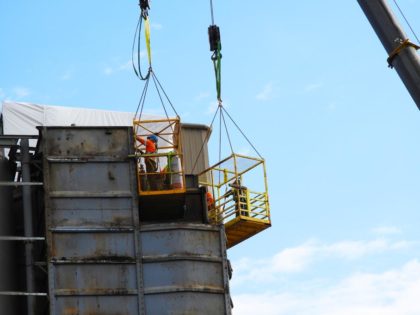 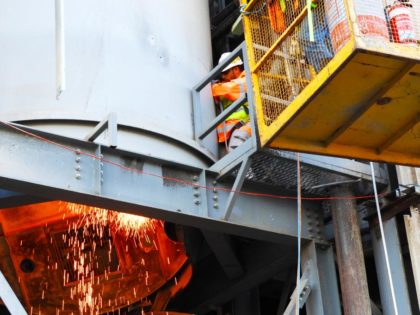 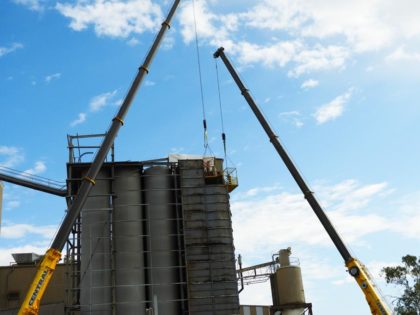 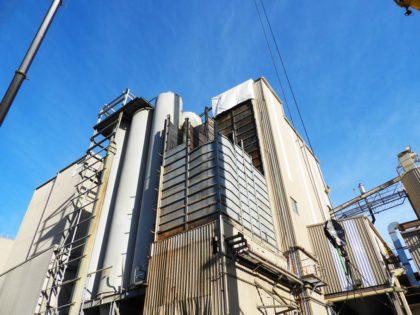 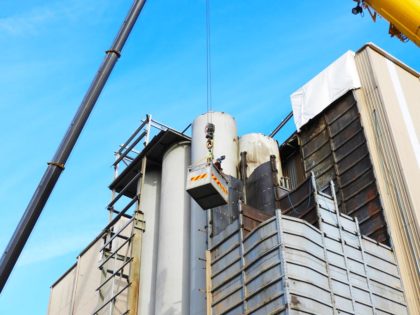 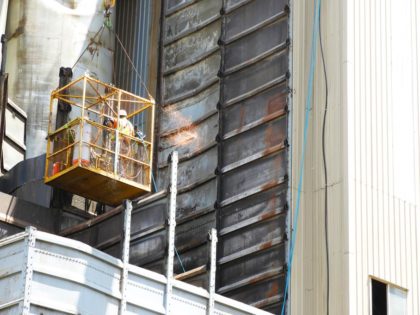 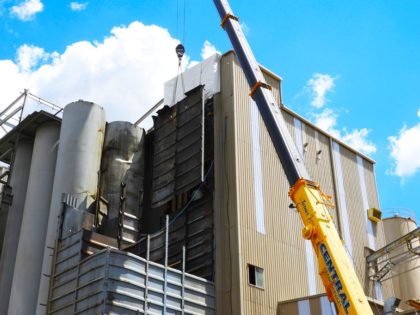 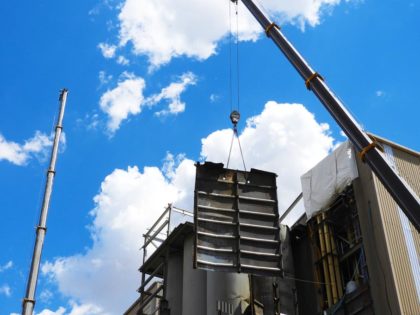 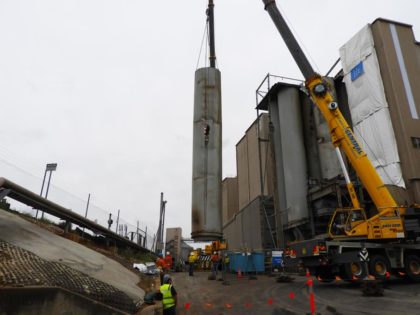 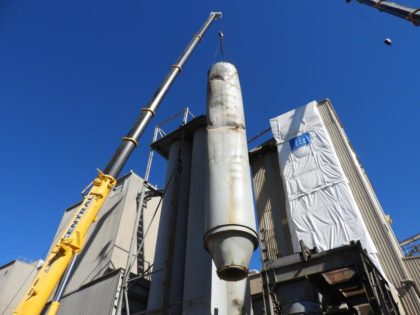 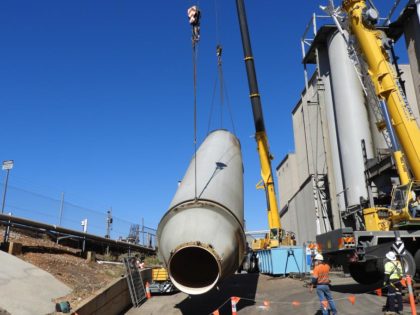 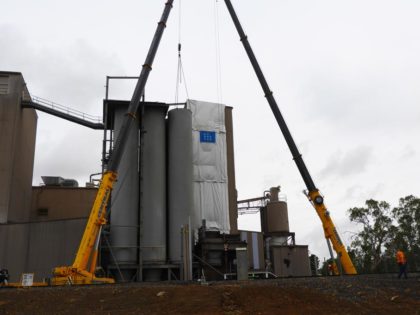 Perfect Contracting have the resources and expertise to carry out complex demolition projects anywhere in Australia. Call our office today to discuss your project!

PERFECT CONTRACTING is capable of carrying out project like Demolition – Manildra Flour Mill, Orange with a quick turn around, give us a call today on (02) 8021 1784. 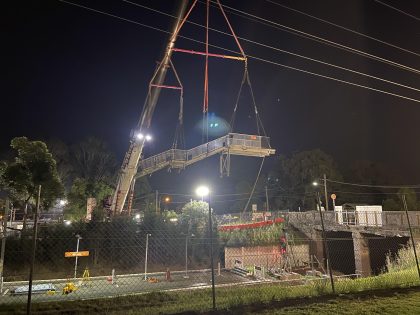 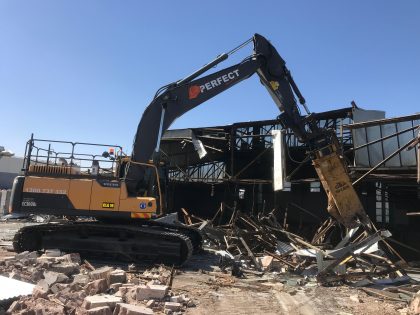