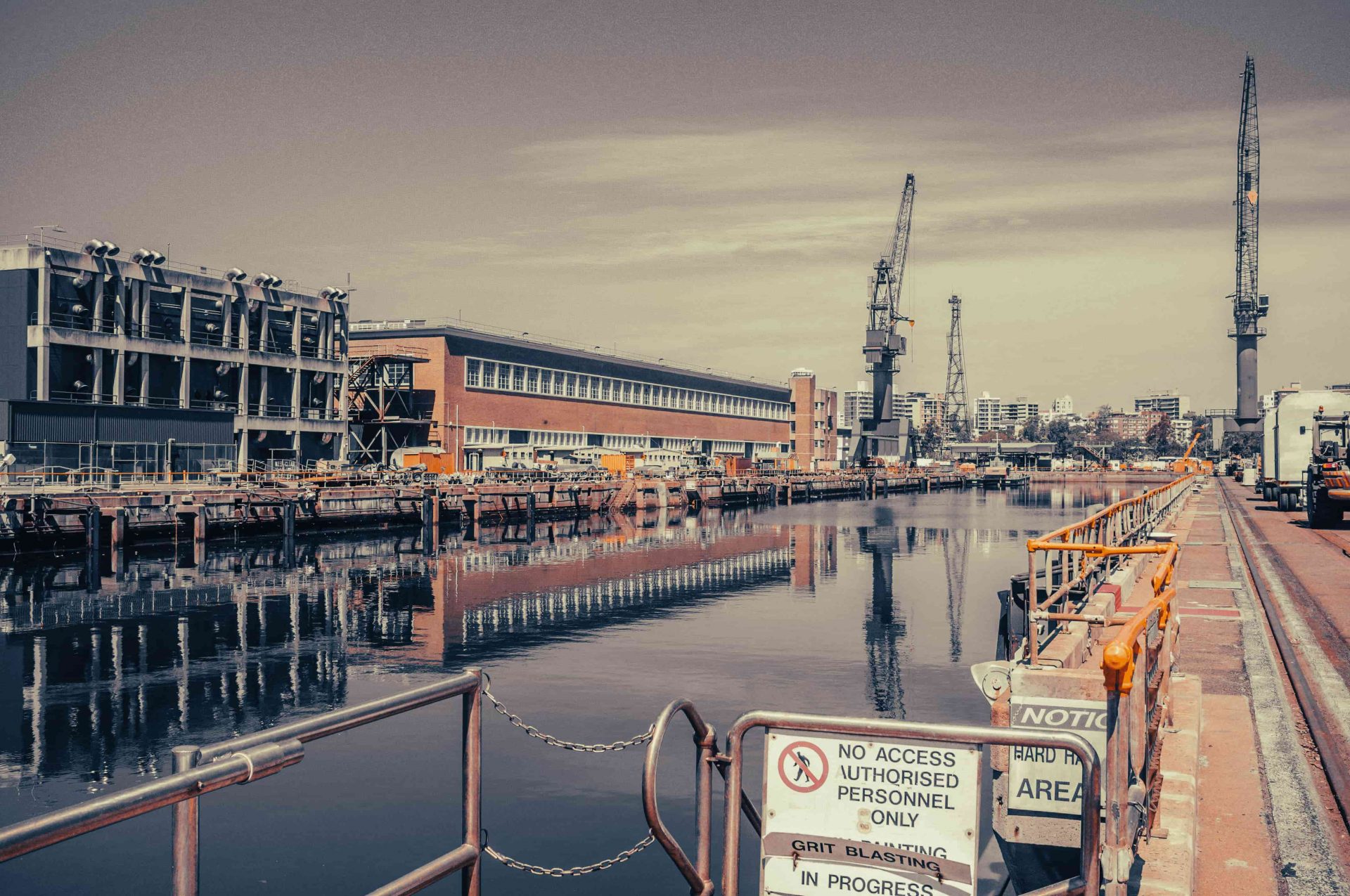 When the Royal Australian Navy was officially formed in 1911 the parental Royal Navy handed over Sydney’s stunning Garden Island to our little flotilla. In doing so it became the home port to the growing fleet. Two world wars and numerous conflicts has seen the RAN’s size and reputation swell to the proud force it is today.

The navy calls this primary east coast station Fleet Base East. Also known as HMAS Kuttabal, it comprises roughly half of our naval firepower in the form of six major warships, two heavy landing ships, half a dozen mine hunters and scores of smaller vessels. Unfortunately, it also contained some unused facilities laden with asbestos and lead – leftovers from previous remedial works back when HAZMAT was cool.

So when defence construction and remedial contractor St. Hilliers needed it gone they enlisted us. HAZMAT is to demo what Spec Ops guys are to regular military: it’s a tough job that requires a specialised mindset to do what nobody wants to do and go where nobody wants to go.

Perfect Estimator/PM Ondrej Krpalek was aboard from the get-go, working closely with STH Site Manager Mitch Simpson and PM Dax Wood to ensure all bases were covered during the initial SOW assessments. When STH got mission green light early in 2020, Perfect was awarded the HAZMAT & demo phase and planning was begun.

Long time Perfect team guy Tim Lowery was to head up the HAZMAT works. So when March rolled around the tactical gear was mobilised to Kuttabul and Tim & the Perfect boys were inserted via early morning incursion.

For some context, the warehouse and shower block were adjoined, with access to the block via the warehouse. And because the shower block was on the second floor, everything had to be carried upstairs either by hand or using a commandeered navy gantry crane. The morning of day one saw the decon unit craned onto the second floor to a disused change room. It was set up complete with hot shower and triple water filtration to catch even the finest friable particles. The afternoon saw the construction of the shower block bubble, rendering it airtight.

Day two was all about negotiating the rubble extraction hurdle. On an ordinary friable rubble mission, material is loaded out with man or machine into a skip which is then encapsulated and demobilised to an EPA facility. But the shower was on the second floor and because access was via a narrow steel staircase reminiscent of a WWII submarine, carrying bags of smashed concrete was deemed too much of a mission risk. So the shower block window was relieved of its glass and encapsulated and a 900mm high timber platform was built inside to house a second shower/filtration unit. A scissor lift and skip were landed outside. The plan consisted of:

For a HAZMAT/demo company who’s motto is We Get It Done, the work was strategic and tactical as opposed to smash and grab. But it was the best workable solution so it was put into action. It was one heck of a shower block because Tim and the team took 35t of friable concrete out of there in just two weeks. A fortnight later air monitoring gave them the thumbs up and the team demob’d downstairs.

Once the shower block was dusted, the team remobilised for the lead dust and paint removal. This was located in the disused warehouse adjacent to the now ex-shower block, so the decon unit was craned down to ground level. The history of works in the warehouse was classified top secret, but what we were privy to was that lead dust was everywhere. It had to be vacuumed up and wiped down, with the cleaning materials also needing to disposed of. 300m2 was Hoovered and wet-wiped in just two nights, often at the end of a 17m knuckle boom or the scissor.

While this was going on day shift had begun cleaning the same HAZMAT dust off the 300 bay lights up above. Again, vac’s and rags were employed in the HAZMAT removal which were properly disposed of at task end. The night shift crew continued by removing lead-laden paint from the aforementioned handrails throughout the unused warehouse.

Throughout the month long project Ondrej kept in close contact [the liaison variety, not the COVID-19 variety] with Mitch, Dax and Tim to make sure the mission stayed on schedule. As expected, with discipline, training and the correct outlook there were no incidents and all aspects were completed on time. The gear was demob’d and the men were sent out on RnR.

Thirty days in a HAZMAT suit is tough work, especially in March. But Tim and the Perfect team did it the way they always do: with the most modern gear, the best training & leadership and a solution-oriented approach. At handover St. Hillier’s and the RAN were more than happy with our workmanship. The Perfect HAZMAT unit has returned to base and continues to be ready for the next time our specialised services are called on.

PERFECT CONTRACTING is capable of carrying out project like Friable asbestos slab removal – Garden Island with a quick turn around, give us a call today on (02) 8021 1784.