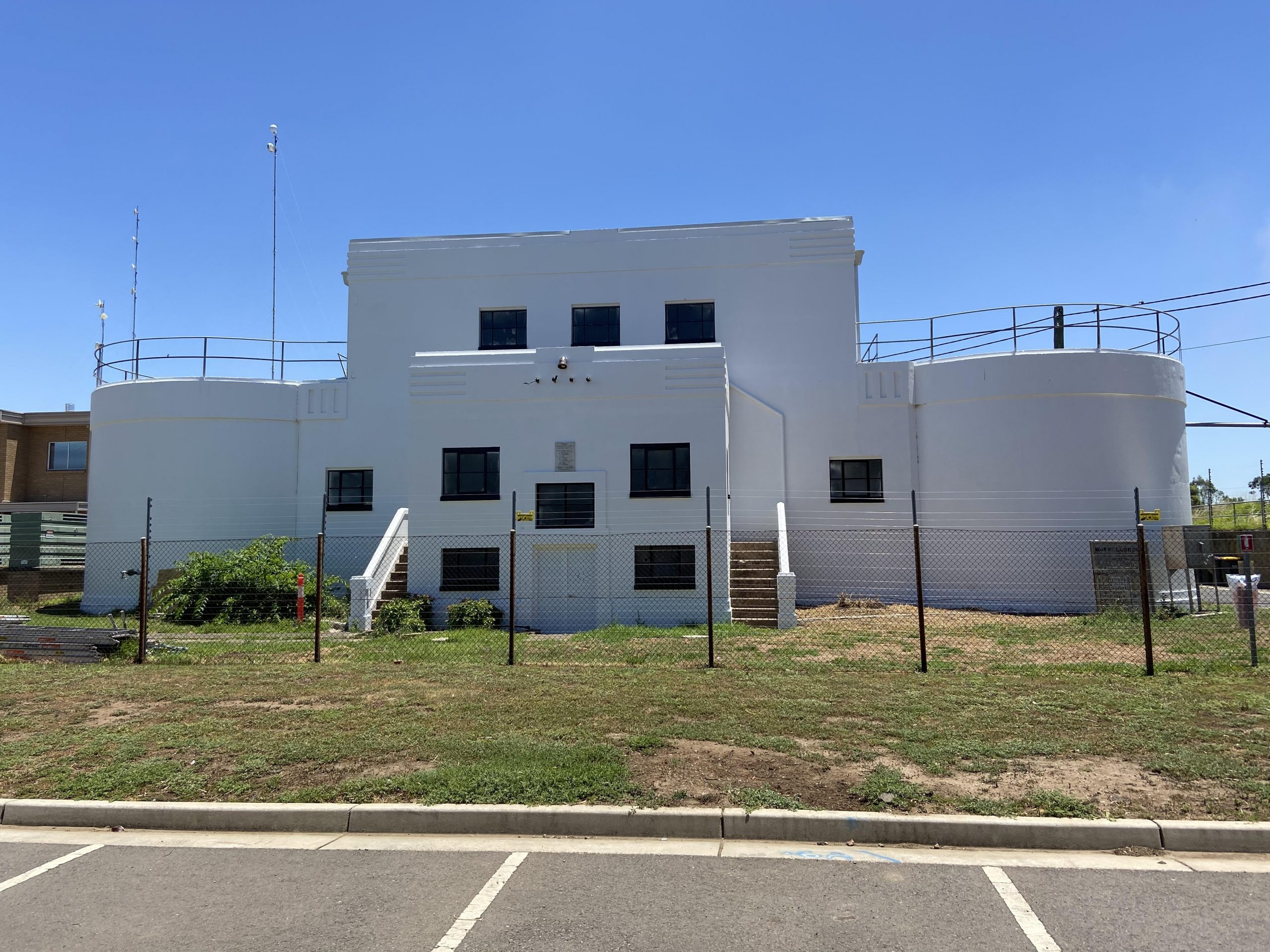 When the Muswellbrook Regional Council needed specialist demolition and remediation works at their Water Treatment Plant, they turned to the one contractor they knew would answer the call. With a laundry list of challenging works on scope, Perfect Contracting was enlisted to mobilise their fleet of men and machines to the beautiful regional centre for a nine week deployment. And because the plant is the sole supply of drinking water to the township, there was no room for error.

Headed up by Project Manager Hisham Tarish and delivered on site by Friable Asbestos Supervisor Tim Lowery, the Perfect Contracting army descended on Muswellbrook to wage demolition, remediation and biohazard war. After a detailed assessment and planning phase, boots hit the ground for the following aspects of the operation;

Due to the age of the facility – and in part to it’s regional location – a non-operational building at the plant had unknowingly been a waste dumping ground for the local fauna. This posed a health risk to workers, so containment of the area was priority numero uno. The area was cordoned off in an airtight biohazard bubble. Removal and cleaning beginning in earnest. Naturally, all materials were disposed of as per EPA regulations. A task not for the faint-hearted, Supervisor Tim went above and beyond to deliver this phase of the scope, ensuring the safety of all MRC workers for years to come.

With the this portion of the job firmly in Tim’s rearview and hundreds of tonnes of biohazard managed as per EPA Guidelines, he focused his sights on Phase 2: friable asbestos removal. For the uninitiated, friable means the asbestos can be crumbled and therefore become airborne. And as the works were removal of silos in close proximity to powerlines and had to be craned out, this had to be a surgically planned and militarily precise operation. One of the complexities was that due to lifting constraints, the crane had to be set up on top of live water mains – which meant constructing a custom load bearing pad. With Hisham carefully overseeing things, the Perfect army braced the silos prior to their removal and in close co-op with the lifting crew the silos were craned onto trucks and disposed of in line with the Asbestos Removal Plan developed by Perfect for this site.

Once the immediate danger of the asbestos silos had been made safe, Hisham and Tim moved onto the structural reworks which included demolition of termite damaged towers, major alterations to roof trusses, waterproofing and reroofing. These works were extensive and required the knowledge and expertise of three full time carpenters, five full time roofers and half a dozen skilled labourers. All relevant safety standards, processes, tickets and qualifications were met or exceeded and the process went off with precision.

Not Just A Facade

The final phase was the remediation of the heritage facade, which had been constructed in 1913 and renovated in 1939, art deco style. Without significant reworks since the late thirties, it was in dire need of a facelift to heritage spec. It was repaired and repainted with period correct colours, preserving it for another hundred years.

One of the challenges that lie operating three hundred klicks outside your territory is that there’s very little support. You can’t just return to base when you need to. An operation of this scale requires forward planning and meticulous attention to detail. But when that operation occurs during a once-in-a-century pandemic, that difficulty increases exponentially. At the time of the project the Department of Health Pandemic Management Plan stipulated that Sydneysiders had to self-isolate whilst in regional centres, and due to the rigid work rosters and delivery timetable, the Perfect workforce was essentially in self isolation for almost the entire three months. They’d work in isolation in an asbestos or biohazard bubble all day and then stay in isolation at night, far from their families and friends. Working conditions like this can wear down even the strongest of hearts and minds, but we’re extremely proud to say that in that true Aussie fighting spirit the team held their heads high and got stuck in and got the job done.

The remediation of the Muswellbrook Regional Council Water Treatment Plant was a difficult one. In terms of the work itself as well as the working and living conditions to do it in. It was one of those jobs that not many hands went up for. But we did it and we did it well. Perfect Contracting – we came, we saw, we conquered.

We Got It Done, Safely.

PERFECT CONTRACTING is capable of carrying out project like Demolition and remediation works at Water Treatment Plant – Muswellbrook with a quick turn around, give us a call today on (02) 8021 1784.