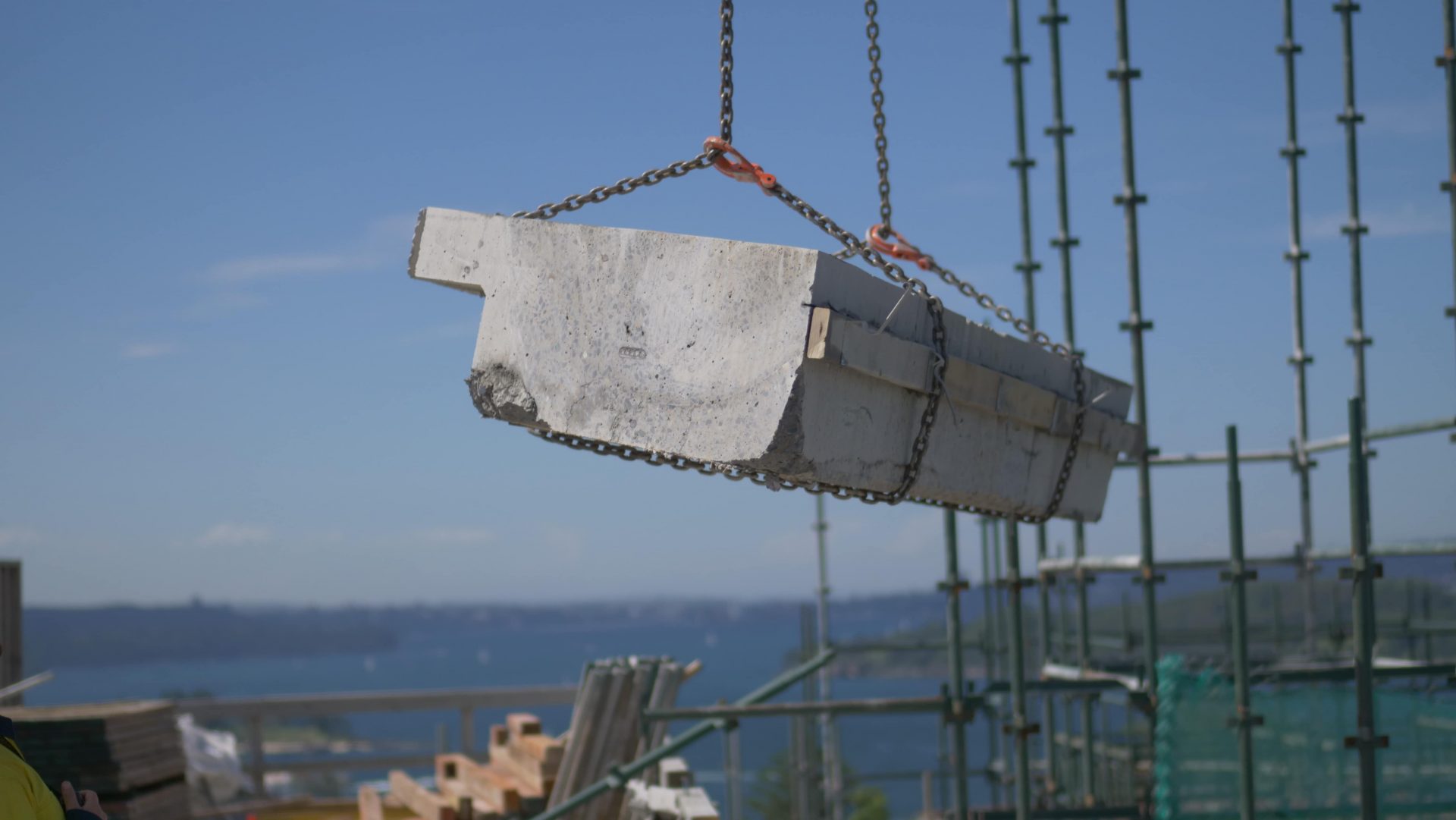 Perfect Contracting is currently carrying out detailed un-restricted demolition works for our client Taylor at a prestigious Catholic boy’s school in the eastern suburbs. Part of that is a whole host of concrete cutting several stories off the ground. Obviously, you don’t need a demolition licence to cut concrete, even if the waste material consists of 6t blocks. But when those 6t blocks are three floors off the ground and you need a crane to get them out.

Enter Perfect Contracting. Unrestricted Demolition and Hazmat Removal since 2010. Not only do we Get It Done, but we also hold the appropriate demolition licence in the form of a DE1.

From minute one it was a joint exercise. Contracting would supply the engineering methodology and supervise the physical removal. Concrete Care would free the offending material using the power of core holes and diamond-encrusted saw blades. The gentleman tasked with this complicated operation was engineer & estimator Hisham Tarish and Demo Supervisor Hamad Mehri.

Unfortunately, we couldn’t compile everything into a single, week-long mobilisation. Instead, the scope was spread over several months with each visit culminating in a chunk of the existing floor slab being removed. In all cases, we were performing relief cuts for future works so accuracy was paramount. No problem there, Perfect Gets It Done.

Hisham’s challenge lay in the removal of the blocks – as we established some of them weighing in at 6t apiece. Using the schematics, Hisham calculated the dimensions of each block. Then, knowing that cured concrete is 2400kg/m3 estimated what they would weigh. From there he calculated where he could land a crane and a few more keystrokes saw him ordering a 60t mobile from Everwilling.

The Moment of Truth

We’ve done this scores of times before. But there’s always a small part of you that is prepared for when things go wrong. Pride comes before the fall after all. So one rainy day towards the end of August 2021 PCC operator Lucas Santos and Hamad arrived at Bellevue Hill for a full day of coring, cutting and craning. The material in question was an edge beam sandwiched between existing buildings.

The floor below was delineated with cones and a spotter emplaced to prevent worker access. Lucas then got to work. 450mm wide, 450mm deep and some 20+ metres long, Lucas cored the beam every 800mm to allow lifting chains through. Lucas marked every metre or so and began cutting up the beam. But with the crane still en route Lucas made sure to cut only 75% of the way through. The remaining 25% was enough to hold it until the chains took the weight. Once the crane was established, the material fully slung and Hamad approved the plan, Lucas cut the last quarter of each concrete piece. With very little uncontrolled movement the metre long sections broke free and were craned up and out. Hamad remained on site and saw that the remainder of the work was incident-free.

Five more visits were spread over the coming months, with the final one in February this year. Because all the cuts were different, that meant five new methodologies, five new scopes, five new crane lifts and five new Perfect rubble skips.

The boys followed Hisham’s methodologies to a tee and after six months our work there was done. No issues, no incidents and no more concrete!

PERFECT CONTRACTING is capable of carrying out project like Unrestricted Demolition at Height – Bellevue Hill with a quick turn around, give us a call today on (02) 8021 1784.