With any luck those two words should bring with them images of wrecking balls, high explosives and controlled skyscraper collapses. The reality is much different. Fortunately [and unfortunately] demolition is a highly methodical and procedural process that, when done properly, is extremely safe. It’s less Terminator 2 and more Love Actually. Okay, it’s not Love Actually but you get the point.

To obtain a DE2 in the great state of New South Wales requires years of proven experience backed by documentation and like all high risk government issued licenses they go through it with a fine-toothed comb. But when you’re demolishing entire buildings you can’t really blame them. This license has seven sub-sections that you can nominate for, and to attain them you need to show cause for each one. You must have completed at least three demolition jobs of that type over a three year period in the last five years. You also need to hold eleven units from the Cert III and Cert IV in Demolition.

1. Demolition Above 15m In Height

This translates to a five or six storey resi, a four storey commercial or a variety of industrial structures. Or if you’re in Goulburn you could take down the Big Merino. Not that we advocate the demolition of regional icons, but at 15m tall you could technically do it.

Often these are dated, dilapidated resi or commercial buildings that are paving the way for future developments. Which means they’re still running services, most of which are still live. Depending on the construction era, the original architect and the design the safe dismantling of these towers means every job is different. It also means that the license holder needs to spend days on site assessing and understanding the construction type, the layout of the building, its relation to its surroundings and how to take it down without harm. Differing construction styles means differing approaches. Recently, an older government building needed taking down. The construction was essentially a series of columns in a perimeter with floor slabs poured in situ. Except the roof slab was only just sitting on the columns because it was tied in with steel bracing. The methodology is still being finalised but there’s no room [nor desire] to have thirteen 1m x 1m x 18m columns falling over like drunken sailors. Such are the considerations when demolishing structures more than 15m in height.

When the existing structure isn’t strong enough to support the dismantling of it, or there’s not enough strength to bear other necessary works then propping is the answer. The short answer is that there will be calculations based on the intended final load, therefore determining how many props are required and their type. Ain’t gravity a thang!

Any multi-storey building is a candidate for propping, which is why it has its own subsection in the DE2. Perfect is currently propping the basement of a six storey commercial demo near the RNSH. For context, the demo has been completed down to the second storey but the floor slab won’t support the incoming piling rig due in a week’s time. So with the guidance of Perfect’s engineering division a propping methodology was issued which stipulated the type of prop as well as the quantity – how many props per square metre. This was based on factors such as the weight of the piling rig; the thickness, MPA & reinforcement in the existing slab and other external considerations. At last count there were hundreds of props being installed. Whilst this isn’t strictly a demolition case, the concept is the same.

If a chemical installation needs demolition it’s either terminally damaged or beyond its service life. In either case there are special considerations to be made prior to and during the demolition/removal process. Famous US civil rights lawyer Al Meyerhoff once quoted that ‘With chemicals its shoot first and ask questions later,’ but in chemical demolition it’s most definitely the other way around.

A great example is the remediation of a disused service station. As you can imagine these contain vast underground storage tanks that housed volatile chemicals for decades. Other considerations include in this scenario included hard and sift lines, pressure vessels, pumps and controls – all of which are related to the delivery of fuel to the bowser. In a recent the winter of 2017 Perfect removed a large diesel tank from a transport and distribution warehouse in Villawood. Perfect Founder/Director Matt Jedruszek worked up the methodology which included: soil testing to determine the integrity/use of the tank; obtaining the OG blueprints to guide us to its location; cutting the slab; machine excavation to within 600mm of its presumed location; hand excavation; more testing and removal. It also contained chemical only aspects like hazmat PPE and controls, special operating tickets and disposal.

4. Demolition Of Pre- Or Post-Tensioned Structures

When you demo tensioned concrete there’s a whole web of factors to acknowledge, most importantly that it’s tensioned. Remember back at the start when we established that demolition is a highly methodical and procedural process that, when done properly, is extremely safe? Incorrect demolition of PTT structures turns that Love Actually script into T2 – the part where the nukes go off.

One of the fundamental factors in this type of work is accuracy. Its vital to have the erection procedure and a set of the as-built drawings. Recently, Perfect was called to demo some PTT slabs in the CBD. Exact identification of pre-stressing cables had to occur prior to a machine or works pre-start, with continual locating throughout the demolition process. The tension had to be relieved through essentially a ‘reverse construction sequence’ before and during the demolition phase. Our methodology guided us throughout the process.

Taller structures that need demolishing where environmental factors don’t allow for the use of explosives will generally need a crane. Perhaps whole dismantled pieces or skips of waste need to be lifted down. Maybe there’s inaccessible areas that only a crane can reach. Tower cranes are a great solution. However. There’s some very specific guidelines to their use during demolition or your beautifully erected TC may end up as part of a YouTube fail complication.

First of all, items of unknown weight cannot be lifted. For example skips cannot be filled on-the-fly, they must be filled on the ground and then lifted. This is the only way to ensure the skip is within capacity. The crane itself cannot be used for demolition works, it must only be used for lifting. For instance: pulling fixed loads, the sudden release of a load, pulling diagonally or dragging. Forces created by the improper use of tower cranes such as the examples above can result in disastrous results. If the crane is to be fixed to the very building slated for demo, its ties must be protected from falling demolition waste. If its free-standing then its base needs to be free from the same waste.

6. Demolition Using A Mobile Crane With A rated Capacity Of More Than 100t

Crawlers. Not the movie by Jonathan Adams, the mobile crane. The demolition of disjointed layouts like manufacturing or distribution plants often need their lifting division to remain agile. Mobile cranes fit the bill far better than tower cranes. Due to their differing capabilities [and hazards] demolition using this type of machine falls into its own licensing category. Wheeled mobile cranes reside here as well.

In a pre-lockdown world Perfect completed the demolition of a plant in regional NSW. Not paying Sydney real estate prices meant the components were spread out over several acres and so a 200t wheeled mobile was utilised. It aided in dismantling exhaust stacks, motors/engines/pumps, refrigeration units and rooms and entire structures from the roof down.

When there’s no life within miles, you’re not bound by environmental or zoning laws and you need that structure to come down fast – a controlled explosive demolition is a cost-effective solution. Naturally, there are serious consideration and rules around this type of work because if it goes wrong – it goes wrong in a big way.

Like almost all DE2 activities, the use of explosives requires notification of the regulator prior to the event – you cannot induce collapse without their permission. The explosives must be transported to the site in accordance with the Dangerous Goods Code of Practice and handled by a trained, licensed technician. Remember the Lake Burley Griffin incident back in July ’97? A twelve year old girl was killed and nine others were injured when the planned implosion of a hospital turned into an explosion. Masonry debris was hurled up to a full kilometre away. Katie and the hundred thousand strong crowd were in a demarcated ‘safe zone’ across the lake five hundred metres from the blast, a full ten times the distance that the demolition contractor has stipulated. The exclusion zones on subsequent explosive demolition works have been a full kilometre from ground zero.

So there it is. The seven subsections of the DE2 license. You don’t need to hold all seven, but you can only do the work outlined by the type you do hold.

We Get It Done Demolished 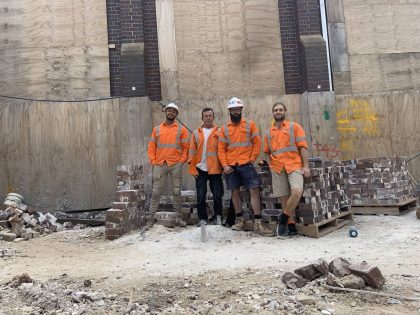 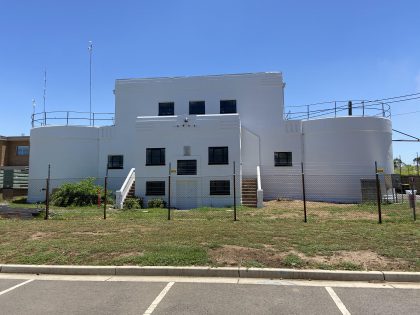 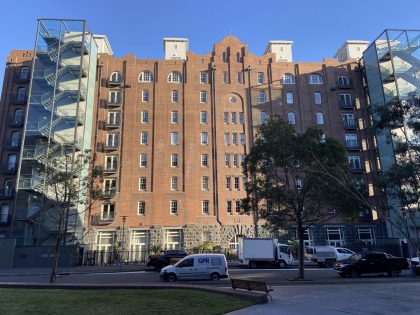 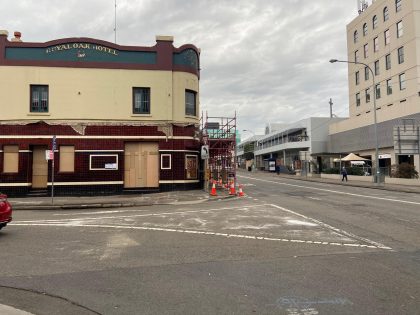