How to Remove Asbestos Contaminated Soil 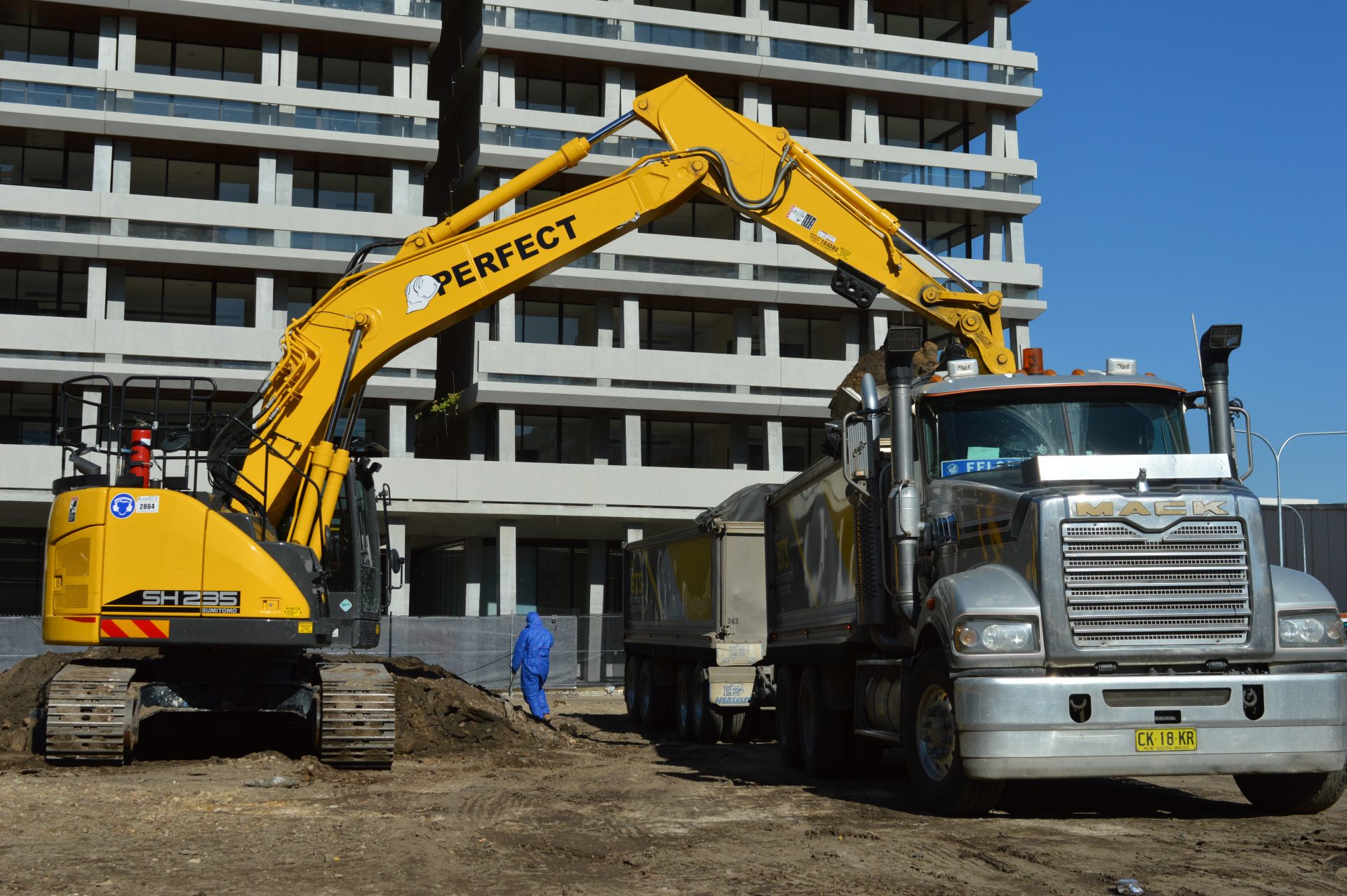 As one of the most toxic, yet most common construction materials in our past, asbestos is still everywhere. Experts claim that one in three Australian structures still contains Asbestos Containing Material [ACM]. When health concerns began to arise in the 1980’s and 1990’s many builders and home renovators simply buried their asbestos waste. Unfortunately the shifting sands of time means that their decisions have come back to haunt us.

Furthermore, asbestos is a naturally occurring mineral found across the globe to this day. With or without our intervention it will eventually find its way to the surface and invariably impact human life.

Finally, significant natural disasters can wreak havoc on older construction, releasing once-safe ACM into the atmosphere. The Lismore floods of 2022 and the Black Summer bushfires of 2019/20 are evidence of this.

Regardless of the cause, the outcome is the same: safe removal of the contaminants to prevent further harm.

First and foremost, we must establish that asbestos falls into two distinct categories; non-friable and friable. Because the danger of asbestos is in its ability for small particles to become airborne and inhaled, this is the deciding factor in its classification. In fact, the two national qualifications in the asbestos removal field fall into the same categories. The word friable literally means ‘has the ability to crumble’.

Non-friable asbestos is bonded together with adhesives during manufacturing and has remained intact throughout its life.

Friable asbestos is not bonded together during manufacturing and has therefore not remained intact. Additionally, asbestos that was originally non-friable, has degraded over time and become friable – is now classed as friable.

These are unfortunately the most common instances. Asbestos’ insulating properties makes it a natural choice for underground services, especially fluid transfer, junction boxes and pits. Additionally, builders and renovators who didn’t fully appreciate the risk adopted disposal methods that weren’t inline with EPA and SafeWork regulations. Moreover, unscrupulous operators saw fit to merely bury their waste underground or dump it in non-urban areas. Unfortunately these actions are something we will have to contend with long into the future.

Asbestos is a natural occurring mineral found across the globe, including Australia. Primarily found in deeper rock and sediment, it still poses a threat to landowners if it makes its way to the surface. This can happen via erosion, general soil movement, weather, land mass collapses or any number of naturally occurring events. Presently it is estimated that less than 1% of land in NSW is believed to contain NOA within ten metres of the surface. Whilst this number may seem low, as NSW alone has an area of 800 000 square kilometres [308 000 sq. mi.] that’s still 8000 square kilometres. For comparison the entirety of the ACT is only 2300 km².

The government’s position is that leaving NOA undisturbed is the best course of action. Unfortunately, through both manmade and naturally occurring events, someone, somewhere is exposing asbestos fibres. One silver lining is that this will more often than not be in a rural setting, far from its ability to cause significant harm.

The sheer forces brought by fire, storms and floods easily disrupts both man-made and NOA ACM. The Black Summer bushfires of Christmas 2019/2020 not only destroyed thousands of hectares of untouched natural land, it incinerated more than 8000 structures and damaged another 3200. Many of these contained asbestos building material.

Due to its fire retardant properties much of the ACM wasn’t destroyed – it was scattered by the ensuing firestorm. Whilst there is no definite method to determine a conclusive fallout pattern of those particles, air and soil testing got ‘in the neighbourhood of it’. Short of sampling every square inch of the state this was the next best outcome.

The nature of these clean ups are conducted appropriate to the environment in which they are located, the severity of the contamination and factors around urgency. Some of the fallout was near residential dwellings and a swift cleanup would aid in displaced residents returning home. Air-monitoring from other sites read off the charts and required critical attention. Some locales saw ACM spread across windy mountaintops with seasonal airstreams due immediately. As was the case with Black Summer, government agencies triaged the contamination before assigning cleanup resources.

Archeologists uncovered asbestos fibres in debris dating back to the Stone Age, some 750,000 years ago.
It is believed that as early as 4000 B.C., asbestos’ long hair-like fibres were used for wicks in lamps and candles.

Between 2000 – 3000 B.C., embalmed bodies of Egyptian pharaohs were wrapped in asbestos cloth to protect the bodies from deterioration.

Greek geographer Strabo noted a “sickness of the lungs” in slaves who wove asbestos into cloth.

It has been used by every civilisation in human history, especially ours.

Cause aside, should a PCBU come into contact with soil contaminated by asbestos, SafeWork NSW has issued the following process:

If your works package doesn’t involve site remediation, redevelopment or major civil works, the advice is to leave the ACM undisturbed. Future stakeholders will need to be informed of its presence though.

If your scope does call for major earthworks that will potentially disturb the contaminants even further, a licensed asbestos removal company will need to be engaged. As this is one of the highest regulated industries Australia has, a dependable hazmat removal contractor will be able to guide you through the necessary steps to clear your site of ACM contaminants.

Whilst it’s not the developer or builder’s fault that their site is laden with ACM contamination, liability for its cleanup rests squarely on them. And, due to the necessity of vehicles in the removal of ACM contaminants, the transport industry’s Chain of Responsibility regulations apply here. This means that everyone in the chain is equally liable.